2016 to me personally, was a real benchmark year for my campaign that all Our Gardai and Police Officers in the UK and Europe including control room staff, will receive training in Suicide Awareness and indeed how to apprehend a Suicidal Driver.  To be honest I would have to say that this is predominantly as a result of the truly enormous support which I have received from Chief Superintendent Aidan Reid, President of TISPOL, Ruth Purdie, General Secretary and all the wonderful TISPOL Team.

In January of 2016, Aidan Reid, Ruth Purdie, ACPO National Lead on Roads Policing Chief Constable Suzette Davenport & Dave Jones National Roads Policing very kindly arranged a meeting from me with Inspector Craig Clifton at Dublin Castle. This was, to me personally, the meeting I had wanted since Little Man’s Inquest in 2013. In his closing statement the kind Coroner, Ian Arrow called on the Association of Chief Police Officers “to review please how Police Officers approach Suicidal Persons” so Personally I wanted to know if and what changes had been made since July 6th, 2012. I was very impressed and glad to see that changes have in fact been made and that pre emptive action is what they advise in such vulnerable situations should they now arise. Of course, I would love to see them take a further step and to train all their great Roads Policing Team and indeed all the control room staff in suicide awareness. This I mentioned at our meeting so Please God they will.

– I was almost moved to tears when I was mentioned in a tweet by a Police Officer TPAC, Stinger, Pursuit Tactical Advisor & Advanced Police Driver Trainer in North West England who described my story as driving them to do more in their own work. It’s great to see awareness developing. A few weeks later he tweeted that as part of the TPAC training he was giving mentioned our tragic story. To me personally that our tragic story was used as a part of Police Training as to how something utterly devastating may result in such a scenario is great awareness, and I really admire the openness to to using it. Please God it will help some Police Officer and indeed the vulnerable person they may encounter! Personally, To know that Con, Baba Oisin and Little Lady have left such a mark is super!

– I contacted Jeannot Mersch, President of the European Federation of Road Traffic Victims. He kindly promised to place an article on this in their newsletter with a link to the TISPOL video. He outlined to me that at their AGM in September in Lisbon, he would put the topic on the agenda which is great toward increasing awareness. He mentioned that there have been different suspected cases in France like here, of predominantly young male single vehicle accidents where as he put it ” the driver voluntarily crashes into a tree, and also where there have been drivers who entered the motorway the wrong way and proceeded driving until crash impact.

– I also contacted Ellen Townsend, President of the European Transport Safety Council, she also kindly offered their help with regard to helping create awareness and encouraging training for Police in Suicide Awareness. he has asked me for some information on the ASIST Training and has kindly said that they will use it to promote using it within Police Training which would be fantastic. She also told me about their UK member PACTS who recently organised a lecture in partnership with The Samaritans on Suicide In Transport. It’s frightening to read that they suspect approximately 650 cases of suspected suicidal driving across England in one year alone.www.pacts.org.uk/2015/12/working-together-to-reduce-suicide-in-transport/

October 2016 –  I was kindly invited to return to Manchester for the TISPOL Road Safety Conference this year, again massive thanks to Chief Superintendent Aidan Reid and General Secretary Ruth Purdie. The speakers and stories were utterly heart clenching, the awareness they are creating and implementing is utterly extraordinary. Admiration in a word!

There I got to meet with some wonderful Irish, British and European Gardai and members of the Police Service along with members of the Road Safety Authority, and many other great road safety advocates. Some of whom I would have met last year at the TISPOL Conference TISPOL European Policing Road Safety Conference 2015 #SuicideAwarenessTraining #LifeIsPrecious It was great to catch up with them and to hear how their work is developing. 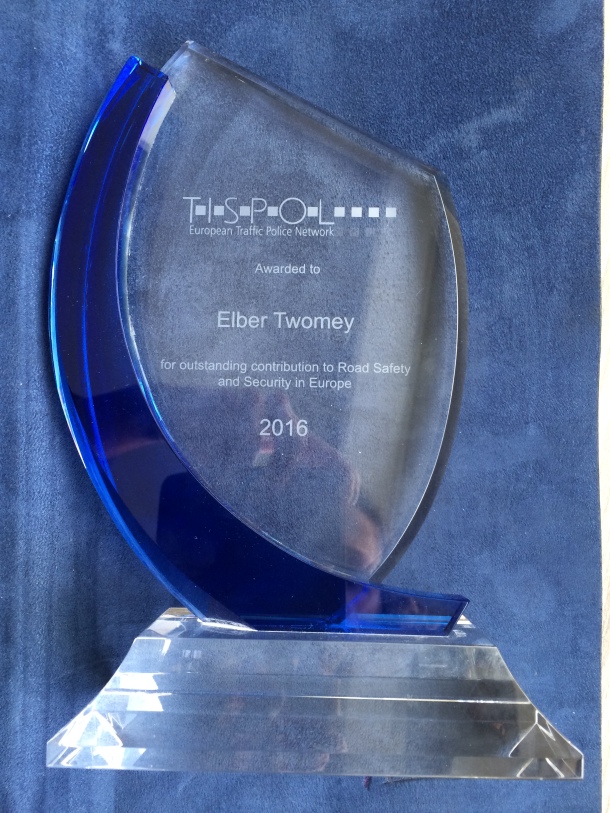 Needless to mention, I was shocked, surprised, completely overwhelmed not to mention extremely emotional to be honest. What I have been doing with the campaign is not in my mind award material it’s just about creating awareness and trying to prevent such a devastating tragedy from happening in the future. I honestly want My Beauties, Con, Baba Oisin and Baby Elber-Marie to have left their mark on the world as they’ve done and do on mine! It was honestly extremely kind of them but more importantly for me, it was so moving, for me personally, to see how much they believe in the merit of my campaign for suicide awareness training and addressing suicidal drivers to be part of Garda and Police Officer training. 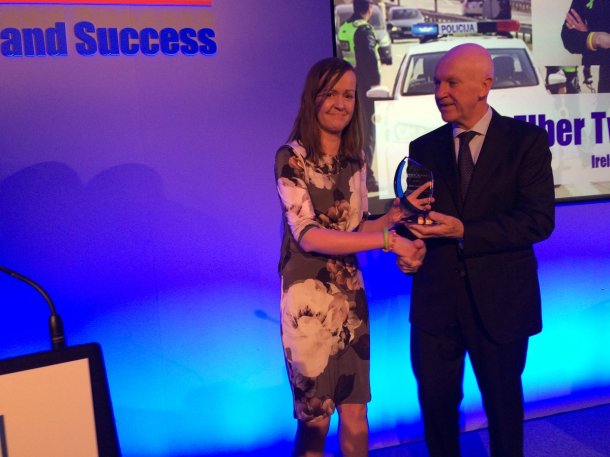 November 2016 – I was kindly invited by the Road Safety Authority to their Launch of World Day Of Remembrance for Road Traffic Victims, an audience with Christy Moore at Smock Alley on November 17th. This was a very moving event, and I certainly admire the work the RSA are doing in making this dreadfully sad yet needful day be marked so well.

At their launch, I met with some wonderful people who have also become so so involved in Road Safety initiatives of their own, owing regretfully to their own family tragedies. The work they have done and achievements they have made are remarkable. No doubt their loved ones RIP are very proud. There I also had the pleasure of meeting with the formidable Donna Price, Irish Road Victims Association, who has dedicated unreal time to a cause very close to us all, and achieved so so much, a truly wonderful lady.